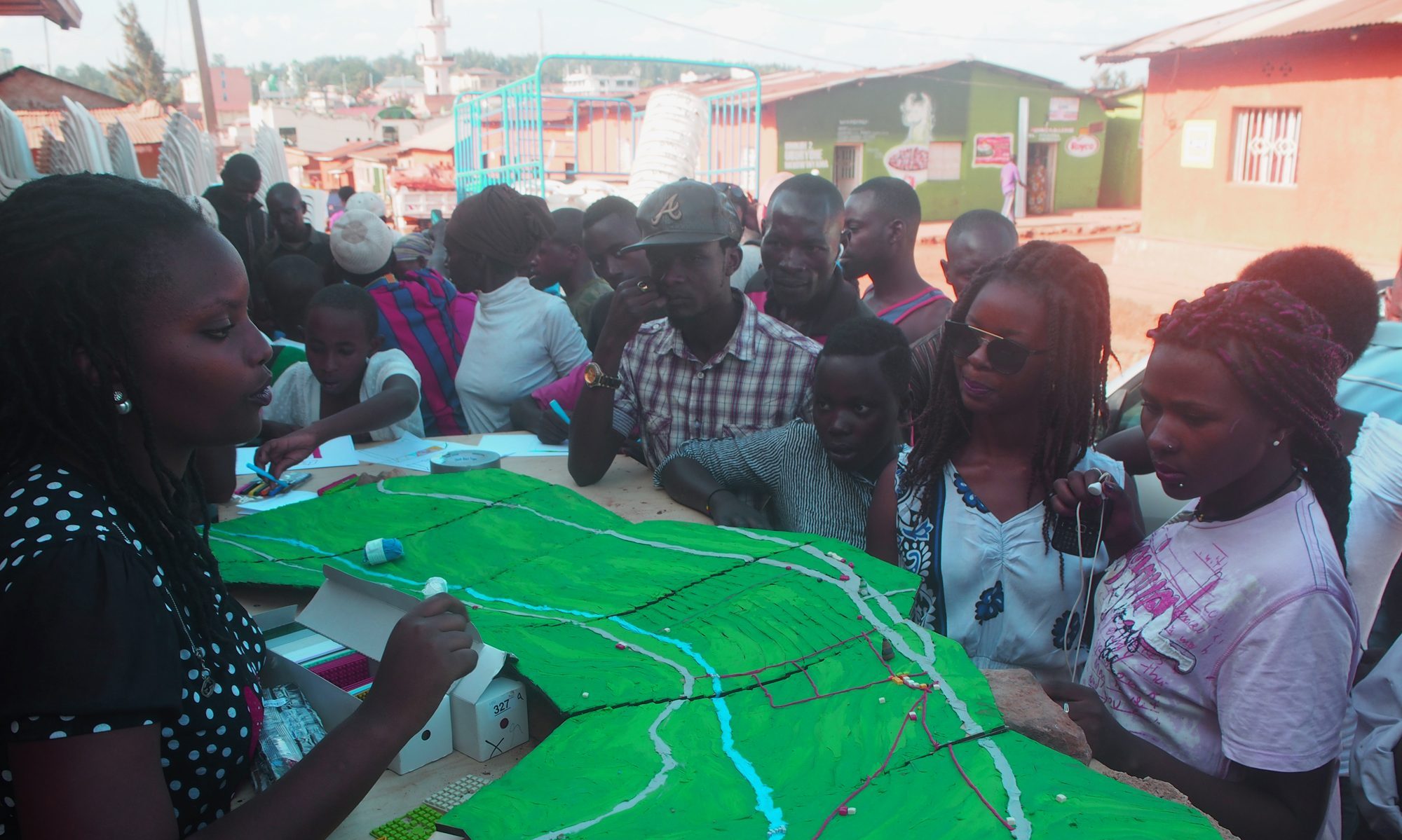 Gitega is an informally grown neighborhood in Nyarugenge district, that is part of string of neighborhoods that straddle the Kigali Central Business District (CBD). Ever since the founding of Kigali in 1907 and especially since the establishment of Kigali as the capital of Rwanda starting the independence in 1962, Gitega echoed the development of the CBD. This favorable location ensures opportunities concerning work, education and culture, while businesses in Gitega attract customers that visit the CBD. Some people nostalgically refer to the area as the ‘real Kigali’.

Naturally internal population growth and immigration led to an increasing demand for of housing opportunities in Gitega. A lack of government capacity and enforcement at the time led to a reservoir of informally built houses that would not automatically reach proper living standards. 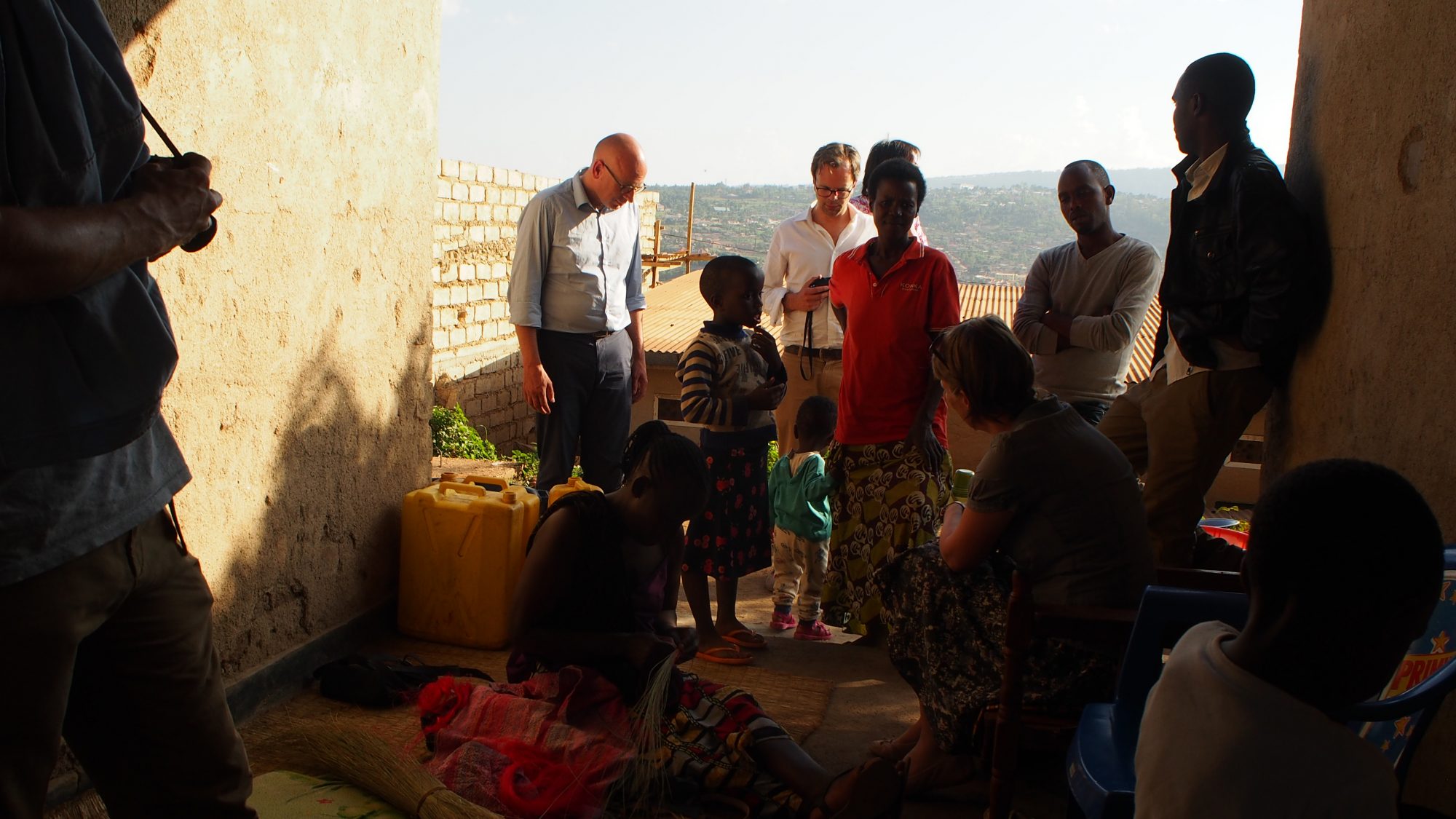 A long time ago in the Netherlands individual middle class entrepreneurs would take care of their pension themselves. They would save money to put an extra floor on top of their shop, again, again and again. When they would get too old to work, they could rely on the passive income the renting out of the shop and apartments would bring in.

This mindset is currently still evident in both formal and informal construction in the Global South. What is wasteful about this practice, is that buildings under construction can’t face the elements as good as a finished building. The construction site slowly takes damage. Next to that, the scores of unfinished buildings sit not-functional awaiting completion. This means the investment that is put in is not as effective and also takes longer, than a combined effort would be. 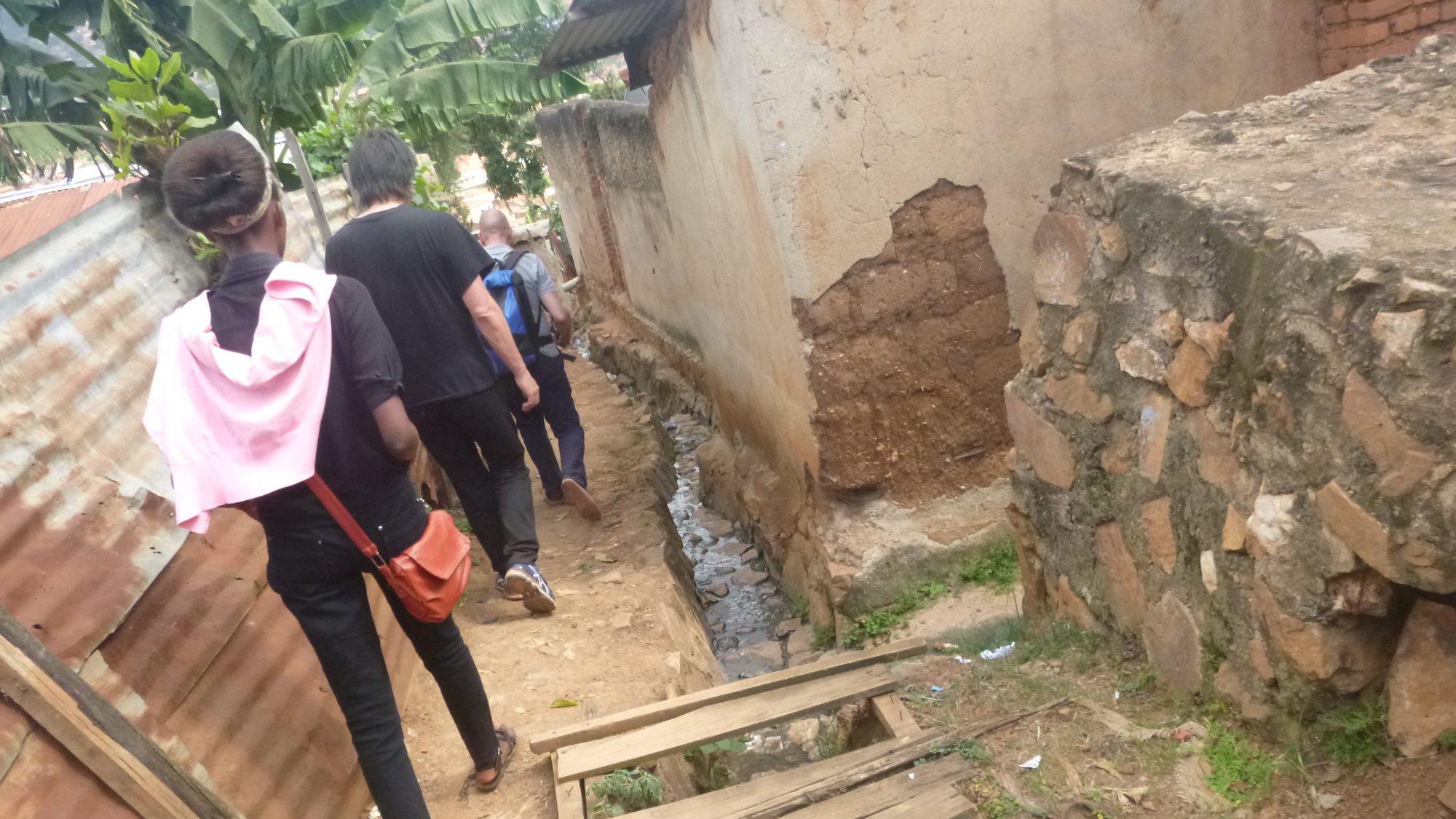 WHY? – reality is complex

The main lesson from the failed housing projects around the world is: reality is complex. So we will embrace the complexity of the urban chaos in our process and decision making. The triangle of stakeholders (inhabitants, government, students) each have their own particular interests, but they all want Rwanda, Kigali and their community to succeed.

A serious issue with any projects in general is the finding of the right question. Many projects are developed only to solve a percieved need. We want to address real needs, so we need to look at reality and what all relevant stakeholders think of it. The agenda is open to input and can be adjusted along the way. As long as the ‘why’ is reached, we can discuss about the ‘how’.  In other words as long as we reach the main two goals (“improvment of living standards” and“for all Rwandans, by all Rwandans”), the solutions to get there can be explored, compared and debated.

We will conducted successful experiments with the Slumfighters City Simulation. The method has shown to enable and empower all stakeholders to negotiate and optimize their own needs, while overseeing the impact to others. 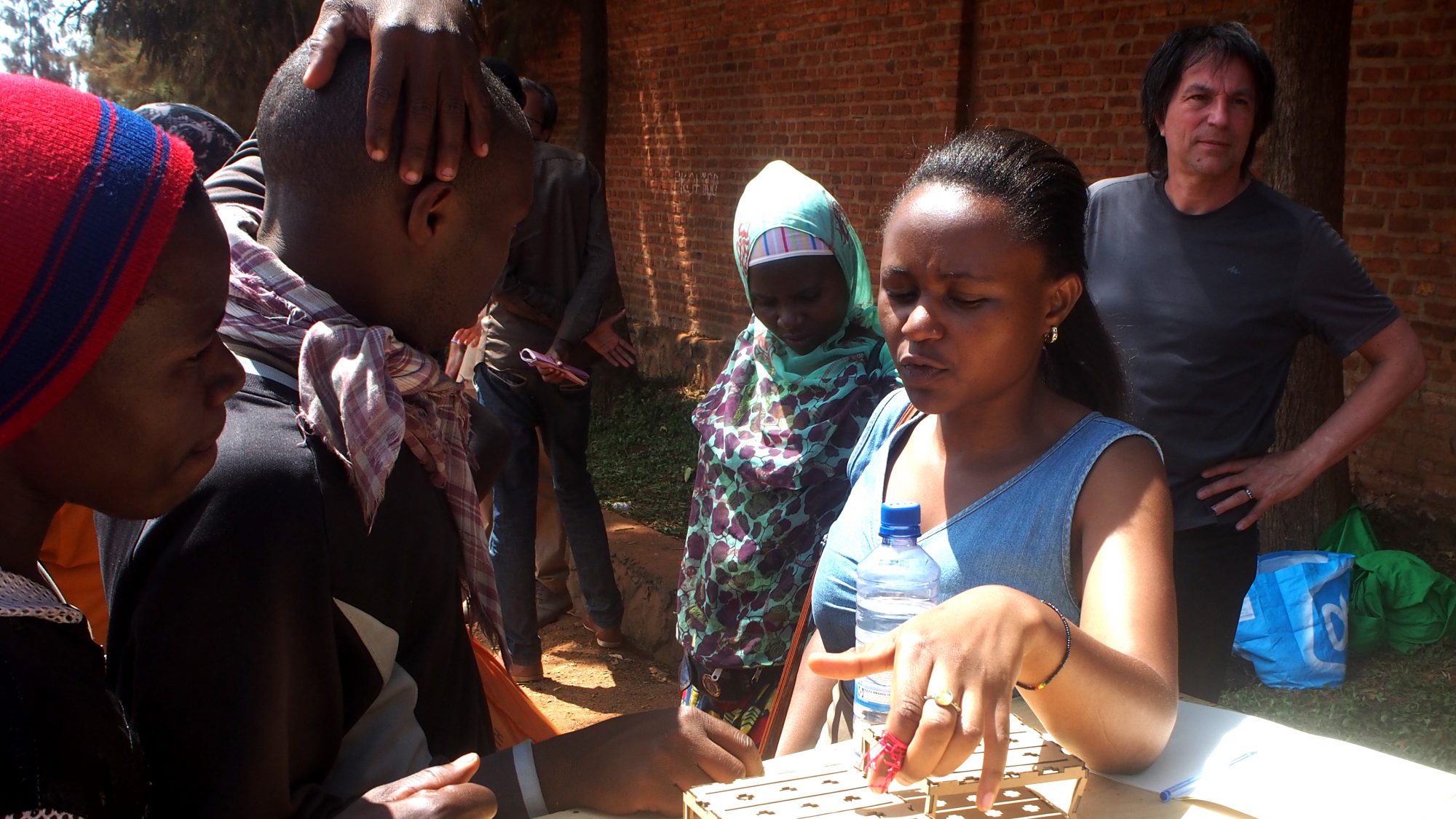 One opportunity that is very clear, and the masterplan ‘Kigali 2040’ already anticipates on, is the surplus in potential densification. Especially along the main road, Avenue of Justice. Most buildings in Gitega are situated on the ground floor with a flat or slanted roof on top. Transforming the built environment to a optimal density, will create a lot of extra space for expanding functionality and creating new functionality as well. This dynamic has an obvious increase of (land) value that can be capitalized.

One obstacle for direct assimilation of the existing buildings in Gitega, is that most do not live up to the standards the masterplan ‘Kigali 2040’ sets. Why can the existing inhabitants play a role in fulfilling the requirements of the masterplan? If the increased density is used mainly for housing students and educational facilities, the result will comply for the major part. On top of that, existing inhabitants and shops may have the potential to change into a role that serves the students. So in the end the area can serve the masterplan completely, while keeping the people in place.

The good old housing cooperation is a legal vehicle that has proven qualities. It can channel the various indiviual efforts into a unified development that is can be more effective in construction and in exploitation. The establishment of (to be agreed upon) goals ensures a certain standard for as long as the cooperation keep existing. Affordability, maintenance and other agreements on cost-benefits can all be defined and enforced in a bottom-up/top-down dialogue. The clarity that a housing cooperation can bring, will enable more financing parties to oversee the risk-benefit and offer competitive financing.

The current Rwandan society is blessed with a relatively highly educated and young population. In meeting the needs of the students for affordable housing, they can generate the needed cashflow during the use of the student housing. But more importantly, the skills and labor the students bring to any project can drastically decrease the amount of up-front financing needed for realization. Students could work in trade of decrease in rent later on. The Rwandan young generation is upcoming and too good an opportunity to ignore. 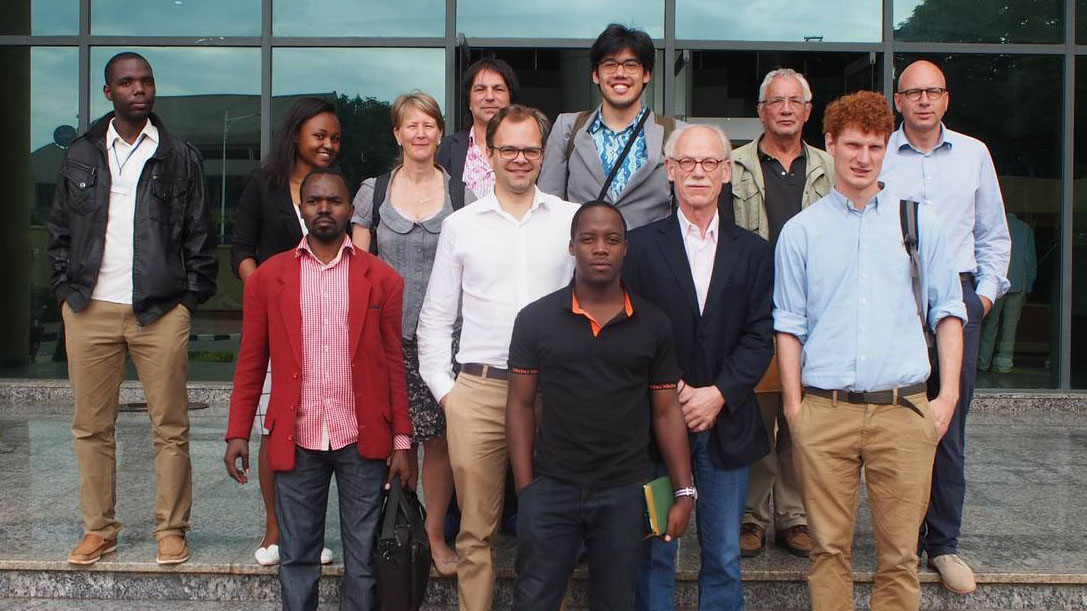 We will continue collaboration with the Rwandan (then students, now) professionals in various relevant disciplines to conduct research, discuss and elaborate the project.